“Shape of U: The Nonmonotonic Relationship Between Object–Location Memory and Expectedness” is finally out in Psychological Science

After years of work my new paper titled Shape of U: The Nonmonotonic Relationship Between Object–Location Memory and Expectedness is finally out in Psychological Science with Andrea Greve & Rik Henson (PDF, Supplementary).

The idea for this work came from my desire to directly test these shiny pet examples that we use in our academic writing to provide real-world context. So I created a realistic virtual reality experiment with Unity3D, which can seen in this video. 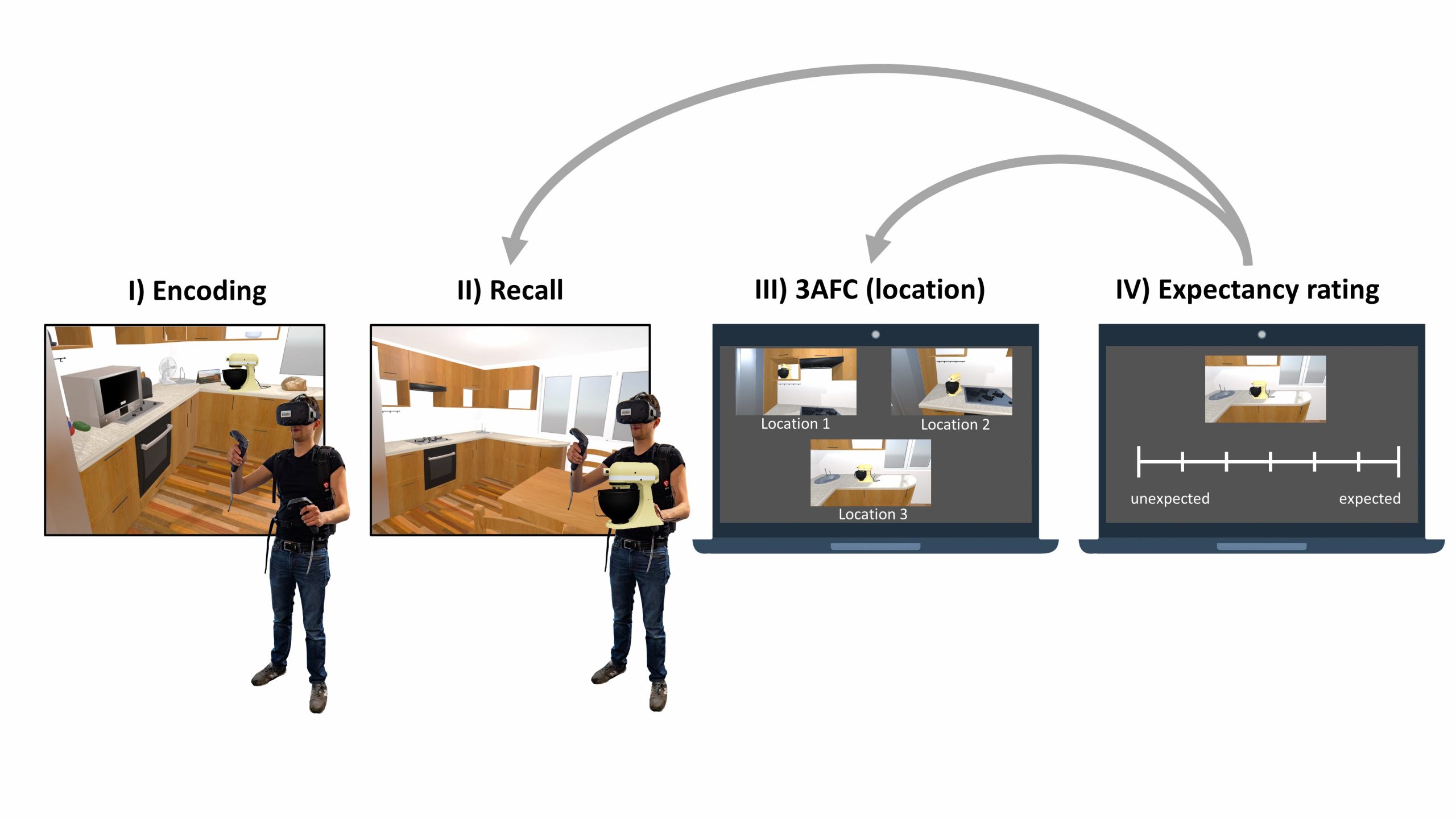 A particular example I was inspired by was the butcher-in-the-bus. In this context, a neuroscientific model called SLIMM predicts that the relationship between how expected something is & how well we remember it follows a U shape. Hence the catchy title of the paper. Imagine the following: You come into a kitchen. There you find a knife on a chair, an umbrella on the kitchen counter & a pan on the stove. The knife is unexpected, while a pan is pretty expected and both have in common that they’re remembered better than the umbrella, which is neither. 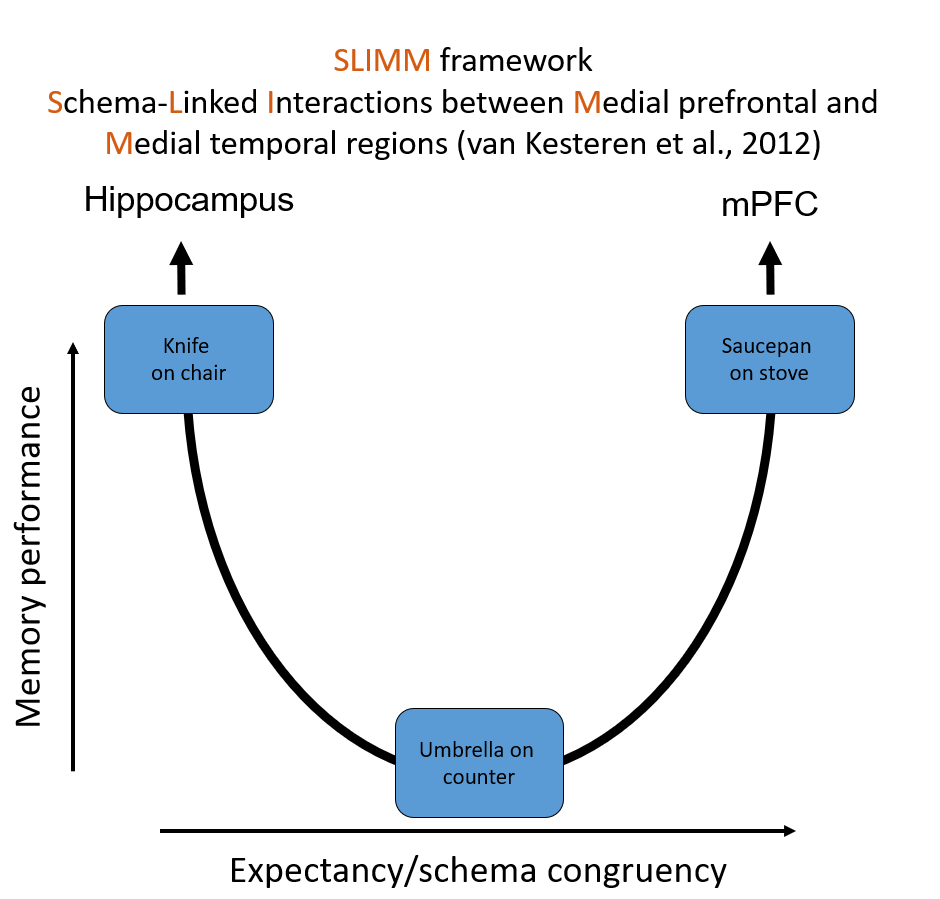 This is exactly what we found in our data. However, we also hypothesised that both memory benefits rely on different systems/mechanisms that might map on recollection/familiarity differently for which we didn’t find any evidence however. 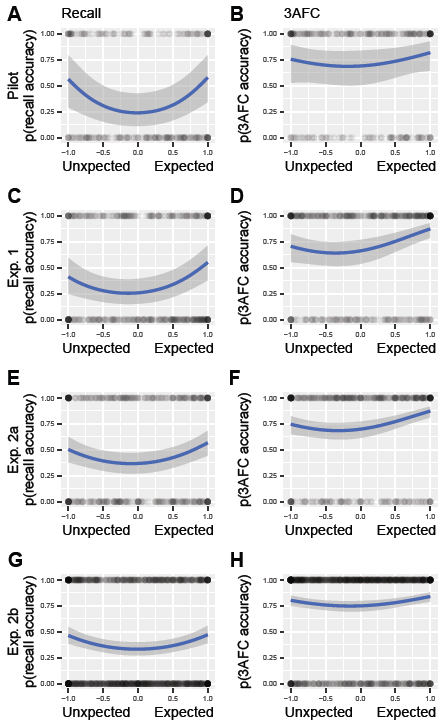 Getting the paper out (even after acceptance) took quite long and since then a lot of interesting stuff came out that directly speaks to our results that we couldn’t cite but which are super relevant so I want to highlight it here: